Is Grid Tied The Cheapest Solar In Florida: Yes!

Is Grid Tied Solar The Cheapest In Florida: Yes! The reason is, Grid Tie home solar has reduced the cost 50% by eliminating the need for storage of the power produced. Grid-Tie solar is using the power companies grid to solve the storage problem and eliminate the need for very expensive storage battery back-up systems.

There are two components to power, the first is producing electricity and the second is storing the electricity. Grid-Tied solar solves the storage problem by providing a place to store power for a monthly service charge from the power companies. Grid-Tied has effectively cut the cost of home solar in half because you don’t need expensive battery back-up storage.

It’s a great deal for the consumer because storage is expensive! At least when it comes to battery back-up storage it is. Without question, Grid Tied Is The Most Affordable Way To Go Solar In Florida.

Home Solar Is About Reducing The Cost of Power In Florida and Cleaner Air Is An Added Bonus!

Oil, coal and natural gas cost power companies money, solar does not. The sun’s energy is free but the problem has been storing it in a cost effective manner. Grid tied-solar is the solution to that problem.

The end results as far as grid-tied solar is concerned, you save money!

Grid-Tied solar solves the storage problem everywhere in the world that has a modern grid. So it’s the primary reason why solar is exploding in popularity around the world.

So what’s happening is, home and business owners that have a grid system to tie to, can produce their own power cheaper than they can buy it. Solar is even better for places that have no grid system to tie to, they can still get power because of the advancements in battery back-up storage systems. Naturally these storage systems are not cheap, but every single day people are turning on power for the first time in their life somewhere in the world because of solar produced power storage technology.

Some people Have To Have Battery Back-Up and or generator because of certain medical conditions. In home health ailment treatments require never losing power, so it’s necessary to have a battery back-up system or generator. Other than a medical necessity having a storage system is just an additional expense that you probably want to avoid.

Now if you can afford a battery back-up system, they’re awesome to have during power outages but it’s an additional expense that doesn’t make money like solar does.

GoGreenSolar Is Wholesale To The Public and Provides Step By Step Customer Support!
Do You Need a Licensed Installer In Your Area?
GoGreenSolar Can Help With That and Every Other Step of Going Solar for Wholesale Prices! 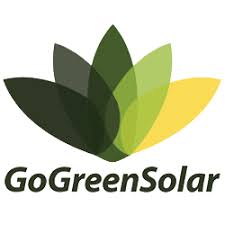 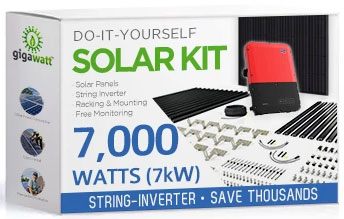 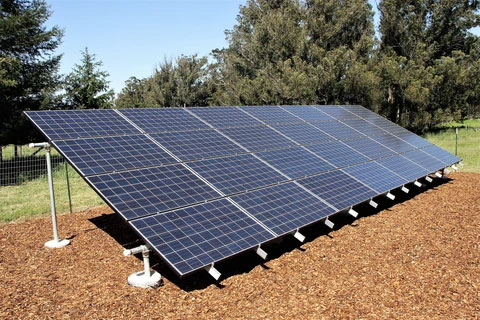 Grid-Tied solar has minimized the cost of storage of the energy a home solar system produces, for the cost of the power companies monthly service charge. Homeowners that have solar are now getting a 2 to 1 return on investment over a 20 year-term. If you buy right, like any other investment requires, you can’t lose.

Home solar systems are selling for much less because of creative ways of marketing it. Solar companies have high overhead costs that are being passed on to the consumer.

The Florida Solar Tax Credit is a Federal Tax credit directly tied to how much your taxable income is in the year you purchased the solar.

It’s a tax credit and a lot of people don’t pay enough in taxes to be able to qualify for it. Here’s an example, say your taxes you actually paid to IRS for 2019 were $5000. You have a solar tax credit of $5000, you will owe nothing in taxes and if you pre-paid the taxes you will get a refund.

Lets say you have a tax credit for $5000 and your taxes were $1200, the $1200 is all you will get credited for. How do I know what I qualify for and how do I actually get it? Consult your tax expert is because it does require an addendum form filed with your Income Tax Filing.  IRS Form 5695

Grid-Tied Solar Is Contributing To a Healthier Environment

Grid-Tied home solar is helping people invest the money they were spending with the power company’ but the added bonus is reducing our carbon footprint. It really is exciting to be a part of cleaning up our environment and making money in the process form the savings solar offers.

In order to create a healthier environment it’s going to happen in sectors. Home Solar is just one of many sectors helping to cleanup our environment with the use of a renewable energy source. Commercial solar will be more prevalent when they figure out the space issue for the panels. Your average convenience store uses a lot of power, but they have limited space to for the solar panels. The amount of power they use would require 50 to 100 solar panels which is not going to happen.

So the commercial side of solar is being developed in it’s own bubble and is lagging behind but I’m certain they’ll figure it out.

Another sector is the power companies themselves because they are not going away and at present are the leading source for energy. It’s imperative for the environment that the power companies continue to use and develop cleaner technology. You can visually see all over Florida the solar farms and we even have the first city in America to be developed using 100% Solar powered energy! Babcock Ranch, Florida is located Northeast of Fort Meyers and has a massive solar farm owned and developed by FPL.

Babcock Ranch became a reality because of one mans vision, Syd Kitson. He committed a fortune for the development of a clean energy city, a gamble no one else would take. It appears that Syd Kitson loves mother earth and humanity above all else, because he put his money where his mouth is and made it happen. The world needs great people like him!

"Your Solar Advocate" Target Price Is $2.75 a Watt

Free Home Solar: Explained Free home solar: explained is an in-depth look at why so many companies make this claim. The reason companies feel so ...
Ron Hunnewell

Benefits of Solar in Florida

The Benefits of Solar in Florida are as follows: The majority of homes in Florida have excellent sun exposure for good productivity Every home is ...
Ron Hunnewell

A Better Way To Go Solar

A better way to go solar is to reduce the inflated cost of it. But the first thing you need to know is why the ...
Ron Hunnewell